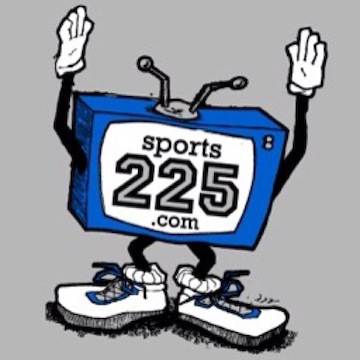 Comments Off on A picture of pessimism for LSU football

My original thoughts were to compare LSU football to some persistent runners up from the past.

The Brooklyn Dodgers to the New York Yankees.

After getting whipped by Alabama on Saturday night, being outscored so badly after tying the game 17-17, the 38-17 defeat has dropped LSU behind Texas A&M in its same division.

A good friend who lives in Texas, who knows his sports and loves the Tigers and hates A&M, swore to me when the Aggies were admitted to the Southeastern Conference it was the beginning of the end for LSU.

There are others who think that might have started when LSU lost to Alabama in the national championship game.

However, there are those of us who would point out simply that starting with last season’s loss to Alabama, the Tigers are now 10-5 in their past 15 games, they’ll be losing virtually the entire offense after this season, and starting next year with a new, untested quarterback.

That is never a good thing in the SEC.

Among those who will be going to the NFL draft are quarterback Zach Mettenberger, wide receivers Odell Beckham and Jarvis Landry, and running back Jeremy Hill. That’s pretty much all the throws, catches and running yards for LSU this season.

Why in the world LSU hasn’t given more playing time to Anthony Jennings, perceived as next season’s QB, who has thrown all of three passes this season, is baffling. LSU might participate in a lousy bowl this season, but the best part of it that will be getting an extra month of practice for Jennings. Although this is now a lost season, you know Mettenberger isn’t going to take a seat in the last three games so Jennings can play.

LSU, now 7-3, has the aforementioned A&M at home in two weeks and then finishes with Arkansas. Bowl game? There will be one, of course, but don’t count on many LSU fans making the trip.

In the meantime, the A&M game has huge implications, not the least of which is recruiting.

Forget Alabama, which now has the edge on LSU in taking the top players when it matters (watching Dutchtown’s Landon Collins is all the evidence you need).

LSU has lost the war with Alabama. Period. The next big battle is with A&M. The fertile recruiting grounds of Texas are critical for LSU. And for A&M and for the University of Texas.

So LSU can’t catch up to Alabama as long as Nick Saban is there. But if he goes to Texas that means, uh-oh. Never mind.

It feels like a no-win situation for LSU today.

Alabama on one side. Texas A&M – and you might as well include Texas — on the other.

A defense that can’t hang that LSU can only hope improves next season. And an offense that will be rebuilding in 2014.

Joe Frazier, USC’s basketball team of the 1960s and ‘70s and the Brooklyn Dodgers are looking pretty good right now.

Posted by: Lee Feinswog
View more posts
Chavis, Cameron and Miles on the show this week
Joe Dean would have loved it

He covers LSU and the SEC for ESPN.com and David offers some great insight into…

Volleyball ‘Meshing At the Right Time’